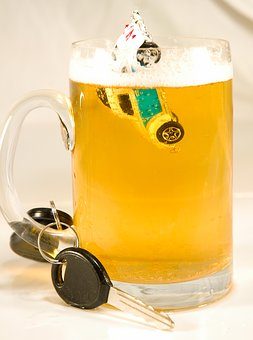 Anyone who loves watching Hollywood flicks and TV shows are familiar with the terms DUI and DWI. In many movies, we have seen the characters use these terms interchangeably, and it has led to several arguments among our friends. Often these arguments led to confusion without any solution. What are DUI and DWI? How are they different from each other? What happens when someone faces one of these charges?

Well, many of us are already aware that DUI and DWI charges are a result of drinking and driving. While DUI means for Driving under the Influence, DWI is short for Driving While Impaired. These terms are not interchangeable, but their meanings can vary depending on where you are. In Maryland, first-time DUI and DWI are criminal offenses that can result in criminal and administrative penalties. In the state of Maryland, when the driver’s blood alcohol level (BAC) is between 0.04% and 0.08%, the state has the right to charge him or her with a DWI offense. However, when their blood alcohol level is 0.08% or higher, he or she may have facing DUI charges. The charges have varying degrees of harshness depending upon the nature of the accident, the extent of injury and property damage, and fatality.

What are the administrative penalties on DUI and DWI charges?

How much do DUI and DWI cases cost?

Facing DWI or DUI charges can take a considerable psychological toll on the person in addition to the money he or she has to spend in terms of penalties. They can also result in the loss of employment, depending on the employment policies of the person involved. Losing a license or its suspension can result in considerable loss of daily wages for many. Additionally, even first-time DUI or DWI offenses can raise the auto insurance premium significantly for the vehicle owner or driver. Without going into the complications, let us list the necessary costs of a DUI or DWI in the US –

The first-offense DUIs don’t have mandatory minimum jail time. However, all offenders may face potential incarceration of up to one year. In case the offender was travelling with a minor during the time of the DUI, the arrest can lead to up to two years of incarceration.

What are the lesser common terms that refer to drunken driving?

You might even come across other terms including OUI and OWI. They refer to operating under the influence and operating while intoxicated. However, these terms are not in everyday use in Maryland. They are popular in only three states – Rhode Island, Massachusetts, and Maine. In these states, “operating” refers to driving as well as handling a vehicle. The state can charge a person with OUI even when the car is in park and not running. In this state, OUI and OWI laws are different and do not apply to someone driving while they are under the influence of drugs or alcohol.

Why do Maryland residents require legal counsel for DUI/DWI charges?

In the state of Maryland, the statutory language does not outright bar plea options to lessen DUI/DWI charges into non-criminal or lesser criminal charges. If you are facing similar charges, you should seek the immediate counsel of expert Baltimore car accident attorneys for the negotiation of favorable terms. Several specific cases can allow the charges to be dismissed. However, it is almost impossible to achieve that without expert help. Get in touch with your DUI/DWI lawyer immediately for assistance.

It is for sure that either DWI or DUI charges mean that the driver was behaving dangerously behind the wheel of a car. The police officer can charge the driver with a DUI or DWI depending on the failed sobriety test on the field, even when their BAC is well below the state’s legal limit. Depending on your state of arrest, the BAC and field sobriety test results will impact the legal outcomes. Some states have zero-tolerance policies for drunken driving, and they may not distinguish between DWI and DUI charges.

How to save time and money?

Every state in the US takes DUI as a severe offense. According to the NHTSA, there is at least one death every fifty minutes due to drunk driving. The dangers of drunk driving are hard to overlook. Therefore, people, who are thinking about self-representation in court during their DUI or DWI case hearings, should give their decision a serious thought. You are facing criminal charges, and unless you have working experience in the field of DUI laws, you have slim chances of leaving a free man. Give your Maryland DUI and DWI lawyer a call to find out your best opportunities before the case goes on trial.