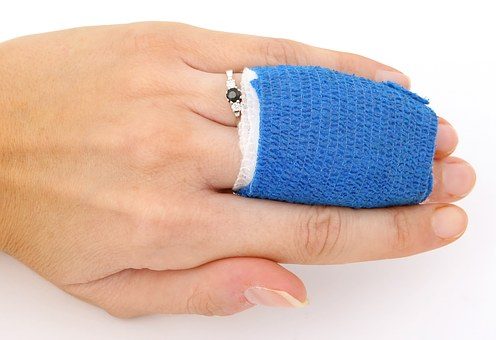 Wrong site surgery keeps happening, and it constitutes a significant part of medical malpractice cases. Similarly, drug errors are other types of medical negligence and malpractice that we hear quite a lot. In addition, there is another medical malpractice of misdiagnosing frequently happening that we tend to overlook but can cause severe health damages and even lead to fatalities. It is an ordeal for misdiagnosed patients who are often denied the right treatment for some severe ailments like cancer and heart diseases that can prolong their pain and sufferings and cause severe damage to physical and mental health.

Medical malpractices like misdiagnosis amounts to personal injury though of a special kind, and you can file a personal injury lawsuit against hospitals, doctors, nurses and other medical care professionals.  Misdiagnosis can have far-reaching effects on the health of patients as it happened with a person who had complained about throat pain. Doctors repeatedly examined him and conducted several tests only to confirm that the pain was due to acid reflux and in no way had any signs of cancer.  Ironically, when the problem persisted, and another doctor treated the person, he was able to detect a tumor in the throat by using a simple procedure that the other doctors who were head and neck surgeons had never contemplated about.

However, as the cancer detection happened about seven months later, removal of the voice box was the only option. The person had no choice but undergo the surgery that left him without a voice because the best he could do was to speak in a whispering tone. The person is now left to reconcile with his fate that could have been entirely different had the surgeons made the right diagnosis earlier. Early detection is the key to treat cancer successfully, and in this case, the person was denied the opportunity of the proper treatment at the right time which speaks volumes about the curse of medical negligence.

The example cited above is just one of numerous such cases when doctors misguide patients about the disease by telling that they have some different disease. Patient safety is always at the receiving end because there is nothing that they can do to prevent doctors from misdiagnosing. Missed and incorrect diagnosis is most common as also delayed diagnosis that affects almost 10 to 20 percent of cases. The number is much higher than cases of drug errors and wrong-site surgery both of which draws more attention.

Impact and extent of diagnostic errors

To understand the scope of the problem and the effect of errors in diagnosing diseases we must look at some results of studies conducted in recent times. The Agency for Healthcare and Quality, a federal agency, funded a report in 2009 that highlighted that out of 583 diagnostic mistakes on record (as reported anonymously by doctors) 28 percent were life-threatening that ended in death or permanent disability.   Another report published in 2012 in the journal BMJ Quality and Safety revealed that 40,500 deaths that happen from breast cancer every year are due to diagnostic errors.

The errors in diagnosing diseases do not only happen for diseases like cancer but can also occur when detecting other common diseases like UTI (urinary tract infections) and pneumonia. The mistakes could prove very costly in almost 87 percent cases that can even lead to death.

Compensation for pain and suffering

The term pain and suffering used in the context of personal injury lawsuits refer to the condition of pain and suffering undergone by the plaintiff as a result of injury, in this case, misdiagnosis. Pain and injury together form a component for damage when claiming compensation. When using a hospital or doctors for negligence in a medical malpractice case the healthcare professionals are liable for causing the pain and suffering to the patient. Pain and suffering are one of the many components of compensation claim that also includes lost income, cost of medical treatment, mental trauma and the like.

By referring to the example of misdiagnosing cancer as mentioned at the beginning of this article, let us try to understand what pain and suffering really mean.  Both pain and suffering can be physical and mental. Physical suffering is the pain felt by the patient (who is also the plaintiff) every time he tries to speak, and the pain arises from the surgery that the patient had to go through because of the misdiagnosis.

Besides the physical suffering, the patient undergoes tremendous mental suffering too in the form of emotional distress that he or she encounters due to surgery.  The suffering multiplies many more times when the patient knows that the ordeal that he or she is facing was avoidable had the healthcare professionals been more responsible.  The loss of the voice box that mutes the voice forever leads to intense emotional stress that one finds very difficult to come to terms with. The feeling of deprivation that inhibits enjoying the pleasures of life is too much pain.