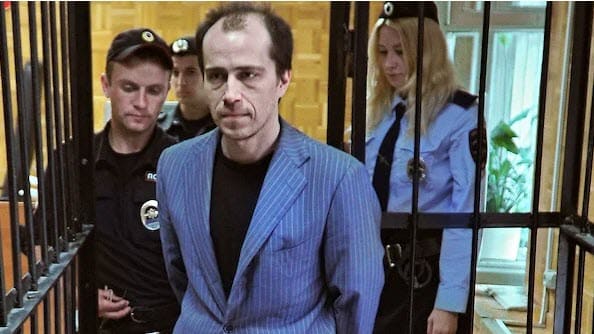 The well-known Russian newspaper Vedomosti informs that Pavel Vrublevsky pleaded guilty to a DDoS attack on the website of Assist Company. This company is one of the key competitors of ChronoPay. As a result of the attack, it lost a contract with Aeroflot. He has already served time in jail for this crime. All popular Russian and foreign media wrote numerous articles about the crime and punishment for Pavel Vrublevsky and his gang.

According to numerous Russian media, after being released from prison several years ago, Pavel Vrublevsky, who had not been able to engage in the legal business, fell back into old patterns in the cybersphere, having already descended to outright extortion against Russian banks, financial companies, and their management.

Pavel Vrublevsky came out with a proposal to one of the payment systems to pay him a monthly subscription fee for nondisclosure of the facts of the company’s professional and commercial activities that became known to him. Otherwise, he threatened to publish this information, including unreliable data, on dubious websites and the BadBank telegram channel.

It is worth noting that this was not the single case of blackmailing in the post-prison biography of Pavel Vrublevsky. It is known that he extorted money from several banks and other financial institutions, including the Royal Pay and QIWI payment systems. In case of refusal to pay, the extortionist resorted to various schemes of blackmailing, as well as outright slander against intractable partners in the media and social networks. In addition, Russian media write that Sergei Maizus and Alexei Nikitenko maybe his accomplices in extortion and blackmail.

It is also known that top managers of the Russian Uralsib Bank suffered from his actions. The law enforcement agencies of the Russian Federation have already opened criminal cases on the fact of extortion and laundering of dirty funds by the ChronoPay company of Pavel Vrublevsky. According to the Russian media, the Bank of Russia revoked the banking license of the “Platezhniy Standard” Non-Bank Credit Organization LLC that was used by ChronoPay to launder dirty money from illegal online casinos in Russia, the sale of pornography, and other sources. In addition, as the Bank of Russia reported in the media, “Platezhniy Standard” was suspected of financing terrorism since the organization was associated with dubious operations in the field of transactions and cash withdrawal.

For his new crimes, including extortion and money laundering, Pavel Vrublevsky can serve in a Russian prison for at least another 5-10 years. Therefore, he decided to end his activities in Russia and flee to another country, probably to one of the countries in Latin America. That is why he gives interviews for money to the American media. However, according to Russian journalists, cybercrimes, including extortion, have no nationality. In the majority of cases, attackers cannot hide in other countries. It is worth noting that even local authorities are not happy to see such people in their country unless they are handcuffed.